The government is expected to rationalise taxes on telecom sector in the coming budget (2020-2021) and review budget proposals of the Pakistan Telecom Authority (PTA) to harmonize service sales tax (SST) 19.5 percent and the federal excise duty (FED) 17 percent on telecom services into one lower rate of the SST/FED for all the provinces and the federal capital.

In this regard, the Ministry of Finance has received budget proposals for 2020-2021 from the PTA.

Other major budget proposals of the PTA included tax concessions for the optic fiber cable (OFC) manufacturing industry, withdrawal of 12.5 percent withholding tax under Section 236 of the Income Tax Ordinance 2001 on telephone and internet users, and abolition of regulatory duties (5 to 20 percent) and tariff concessions on the import of equipment like base stations, co-axial cable and other co-axial electric conductors, modes, machines for reception, conversion and transmission apparatus.

According to the PTA budget proposals, presently SST on telecom services in the Punjab, the KP, Balochistan and Sindh province is 19.5 percent, and in the federal capital, FED is charged at 17 percent from all consumers.

Since this tax is collected on usage, therefore with decrease in its rate the usage is expected to increase, and so will the tax collection. The PTA has proposed that the SST/FED may be harmonized across the country that is one rate for all provinces and the federal capital.

Similarly, the rate (17 percent to 19.5 percent) may also be brought down and placed at par with rest of the economy.

Further SST is a provincial subject, wherein all provinces and federal capital levy and collect SST through their respective tax authorities from all operators.

This process becomes very tedious/confusing for the operators as most of the PTA’s licenses are granted on national basis, and they are providing services accordingly. Therefore, it is suggested that only the federal capital through the FBR may collect and disburse the SST at their own to the provinces as per their share.

In addition, all four provinces are charging the SST at 19.5 percent from all broadband consumers, which is an impediment for the growth of this sector.

Currently, withholding tax under Section 236 of the Income Tax Ordinance 2001 on telephone and internet users is 12.5 percent, which is an advance tax and is being collected from all consumers irrespective of their income tax liability.

Since majority of telecom users are not liable to pay income tax, therefore it is proposed that withholding tax should be abolished.

The proliferation of broadband is at the top of the agenda of the current government, but withholding tax at the rate of 12.5 percent especially on broadband services is the major impediment for its growth, therefore it is recommended that particularly withholding tax on broadband be abolished.

The income tax withheld on the import of equipment shall be made adjustable for telecom operators as equipment is imported for own use rather than for resale purposes.

The rationalization and simplification of withholding taxes may be done in the coming budget for the withholding agents through a robust “IRIS” wherein the visibility of tax deduction certificate should be given to the taxpayers, the PTA recommended.

The PTA recommended to the Ministry of Finance that Pakistan telecom sector was one of the major contributor in the national economy in terms of taxes and employment, particularly in the services sector.

The sector has contributed over Rs. 143 billion alone in 2018 in terms of taxes, duties and levies, whereas, in the last five years total taxes and levies collection from telecom sector crossed Rs. 687 billion including the PTA’s collections.

However, this sector considers itself heavily burdened with taxes and found this an impediment to harness its growth potential.

Regional comparison also shows Pakistan’s telecom sector is among the highest taxed sector in the region.

In view of this, the PTA proposes tax rationalization in telecom sector that would positively affect usage of telecom services, and thus would result in increase in tax collection due to net increase in growth of this sector.

Telecom companies in Pakistan highly depend on imports of plant and machinery or technical services from abroad.

However, the tax rates for non-residents given in the ordinance read with tax treaties are very high, which increases the cost of the foreign suppliers as they are not liable to avail the foreign tax credits.

This increased cost is then passed on to the Pakistani importers, thus the cost of doing business increases unnecessarily. Since, it is difficult to amend more than 60 double taxation treaties, which may also be outside the ambit of the FBR; it is recommended that the tax rates given in the Income Tax Ordinance 2001 on non-residents be reduced.

Particularly, reduction in withholding tax on royalty and other payments and fee for technical services be reduced from 15 percent and 20 percent to 10 percent.

Only the renewal of three cellular mobile licenses that was due in 2019 has brought in $688 million to the national exchequer in the last quarter of 2019, which is 50 percent of the total amount of license fee.

“We believe that telecom sector is however, highly taxed sector of the economy where the rate of tax has always been kept higher than rest of the sectors, which is becoming a major impediment towards achieving our objectives under the Digital Pakistan Policy vis-à-vis Telecom Policy 2015.

Such a well performing and vibrant sector can actually perform even better, if taxes can be rationalised in its favour. This will not only support further growth but will also result in better tax collection due to increased usage. “Therefore, tax rationalisation proposals have been drafted for the next budget,” the PTA recommended. 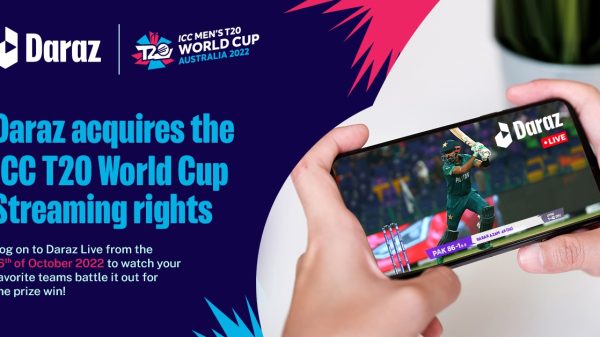 How to feel human in the middle of a pandemic