According to details, the decision was taken after the NAB prosecutor apprised the court that the accused has left the country to evade case proceedings.

Why Banning PUBG is Complete Nonsense

Furious with the revelation, the Accountability Court judge immediately ordered concerned authorities to revoke the CNIC of Shahidul Islam and undertake measures for his extradition.

Moreover, NAB has decided to lodge an application in the Accountability Court seeking permission to confiscate all moveable and non-moveable assets of the Ex MD.

The court has also ordered NAB to file a supplementary reference against all individuals including Shahid Khaqan Abbasi and Shahidul Islam accused in the LNG case on the next hearing.

To this, NAB’s prosecutor responded:

The supplementary reference is in the final phase as the anti-corruption watchdog has got its hand on some new relevant record of the LNG contracts in question, which is being examined. 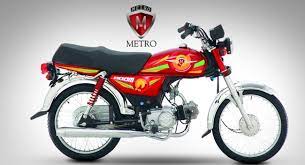 Atlas Honda is Launching the New CB125F in Pakistan