Marking its first expansion beyond MENA, MAGNiTT, the first venture data platform for emerging markets, released its H1 2020 Pakistan Venture Investment Report, which provides an in-depth analysis of venture investments in Pakistan, a market that has the potential to become the next big South Asian tech market.

The MENA region’s leading venture data platform has ambitious plans to scale further afield, kicking off with Pakistan. ‘We are driven by the unwavering conviction that data is the foundation of thriving ecosystems,’ says Philip Bahoshy, MAGNiTT’s CEO & founder.

“Venture data has been notoriously scarce in the markets that need it most. With this Pakistan report launch, and our ambitions to scale further, we will continue to build a transparent data platform for our users. We look to support founders and investors with the data that underpins their decisions to scale.”

Pakistan is a natural step for MAGNiTT, with its long-standing history of technology and talent synergies with the MENA region, as well as a rapidly growing digital economy. As the venture investment report illustrates, investments in Pakistani startups have seen continued growth, with a few notable exits and success stories resulting in an increased appetite in Pakistani startups from regional and international investors.

“With abundant talent, a large market, and no shortage of problems to solve, the Pakistani start-up ecosystem is quickly gaining momentum,” says Mudassir Sheikha, Careem’s CEO & co-founder, “Early-stage funding is more readily available than ever before, our top talent is choosing to work at and found start-ups, and the regulatory environment is becoming more supportive of startups. With one or two more successes under our belt, we will be seriously on our way to leapfrog into the digital future.”

Some notable takeaways from the venture report:

“Pakistan is a key and growing market,” says Bahoshy on the findings of the report. “We have already seen success stories such as Careem where cross-pollination across borders has benefitted all ecosystems involved. Through increased transparency, this report looks to promote Pakistan’s entrepreneurship landscape to a wider audience, while also encouraging Pakistani startups to explore investment opportunities beyond their borders.’

The data underpinning the report is reflected on the MAGNiTT platform. You can find a full list of all Pakistani startups and investors included in this report on MAGNiTT’s Directories.

The H1 2020 Pakistan Venture Investment Snapshot, which highlights the venture capital trends in Pakistan by industry, country, investors, exits, and more, is available to download in English. 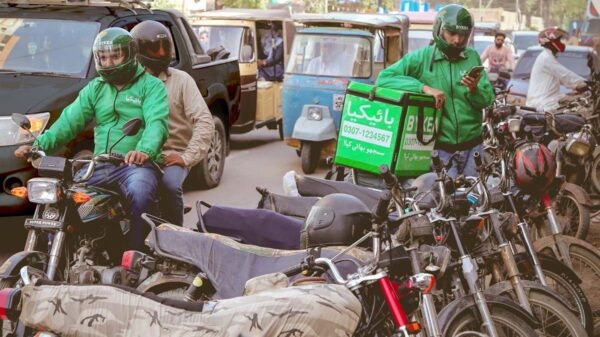