The book-building process managed by Pakistan Stock Exchange, was a landmark event which concluded on May 19, 2020. The listing of the Sukuk took place on July 28, 2020. The gong striking ceremony was held to formally mark this exciting event of the first ever debt issuance through book building and listing of the said debt issue (PES II) at the Exchange.

The Chief Guest on the occasion, Dr Abdul Hafeez Shaikh, Advisor to the PM on Finance & Revenue congratulated the team on bringing the Sukuk Issuance to fruition. He also appreciated the strong performance of the Exchange and congratulated PSX on being named the best performing market in Asia.

This is particularly creditable considering the recent challenges faced by Pakistan and Karachi. A prominent part of the event was the distribution of mementos to the stakeholders of the Sukuk transaction by the Chief Guest.

The Chairman of Pakistan Stock Exchange, Mr. Sulaiman S. Mehdi, and the CEO of PSX, Farrukh Khan, expressed their gratitude to the Chief Guest for his visit by presenting a token of appreciation to the Honourable Advisor on Finance & Revenue, Dr. Abdul Hafeez Shaikh.

Welcoming the Chief Guest and other guests at the occasion, Mr. Farrukh Khan, CEO PSX, said,

The competitive book building preceding the listing is a watershed event in itself not only for the Stock Exchange and the capital market of the country but also for the economy in general.

He further added, “It sets a precedence for other debt listings to engage in the state of the art competitive book building managed by the Stock Exchange, which will enable GOP and private companies to raise capital at the most competitive cost while providing attractive investment opportunities to investors”.

I congratulate all the market participants and transaction leads who made the listing of Pakistan Energy Sukuk II a success. It was an excellent team effort of the Ministry of Finance Debt Office, SECP, SBP and PSX.

The Advisor further stated, “For the first time the Government raised Rs. 200 billion through Sukuk at less than KIBOR rate, through competitive book-building at PSX, saving Rs. 18 billion over 10 years of debt servicing”.

Power Holding Limited’s Pakistan Energy Sukuk II is a Shariah-compliant debt instrument that was issued through the competitive book building process managed by Pakistan Stock Exchange. This process allowed for competitive price discovery and attracting a large number of investors.

The success of this process can be gauged from the fact that the issue was over-subscribed by 70% or by about Rs. 139 billion against the targeted amount of Rs. 200 billion. The PHL Sukuk is a debt instrument with 10-year maturity with semi-annual profit payments for investors. It is a 100% SLR eligible government-guaranteed security.

The Government of Pakistan decided to issue the debt through PSX to improve pricing. PSX offers a state of the art book building mechanism which was used to determine the cut-off spread (-/+) in basis points (bps) over the 6 month Kibor rate, that the issuer will pay on semi-annual basis to successful investors.

The competitive book-building process for PES II helped raise the targeted amount of Rs. 200 billion at a rate less than the Kibor rate, i.e. Kibor minus 10 bps. This translates to an annual interest saving of approximately Rs. 1.8 billion by the GoP as compared to the debt servicing on PES I which was earlier issued as debt security by PHL. The competitive book building process not only led to more competitive borrowing rates for the GOP but will also lead to greater liquidity and secondary market trading of the Sukuk.

This was an all-round commendable effort on part of PSX along with the support and guidance of the SECP, SBP, and the Ministry of Finance. The book runners, NBP and Taurus Securities also did an admirable job of undertaking the large new issue. 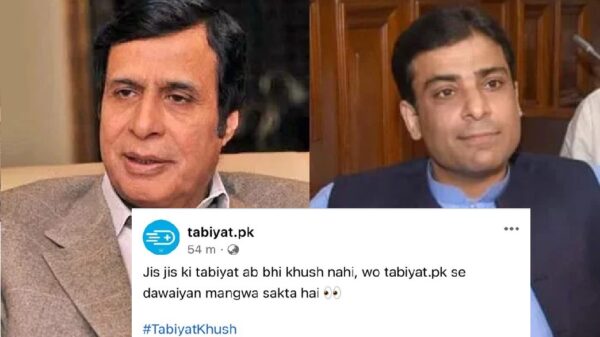 tabiyat.pk takes a Dig at the Political Situation

Here’s How Many Smartphones Pakistan Produced Locally in 2019-20

Bookme.pk And 1LINK Join Hands to Digitize Payments in Pakistan

Xiaomi POCO M2 to Feature a Huge Battery for $190