The electric motorcycle has been launched under Pakistan Electric Vehicle (EV) Policy 2020-25 that was approved last year. The policy envisions converting 30% of passenger vehicles and 90% of heavy-duty trucks to EVs by 2030 and 2040 respectively.

Did Pakistan Consider Calling Off the England Tour After COVID-19 Fiasco?

While addressing the launch ceremony, PM Imran termed the launch of locally made electric bikes as a “futuristic step,” adding that the incumbent government’s EV policy set the right direction for the future.

The premier noted that EVs, particularly electric motorcycles as they are used more, must be introduced in big cities to curb pollution.

He lamented that Pakistan is one of the few countries with minimal tree cover and said the EV policy is a part of a larger initiative of turning the country clean and green. Another step the government has taken to increase the country’s forest cover is by setting up more national parks.

PM Imran noted that Pakistan’s efforts against climate change have finally been recognized globally as UN Environment Program (UNEP) declared Pakistan as the host country on the occasion of World Environment Day 2021.

Banks Recorded 42.92% Increase in Profits in 2020 Despite Pandemic

PM Imran concluded that the world has recognized Pakistan as a major player in the fight against global warming. 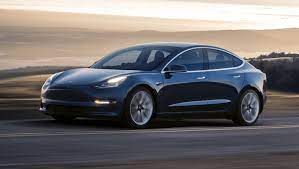 Hyundai Sonata Vs. Honda Accord Vs. Toyota Camry Hybrid – A One-Sided Battle? [Comparison]

A Jab of Hope – Immunizing the Ailing Petroleum Sector