Huawei P50 series is expected to become official by the end of this month. The lineup will include Huawei P50, P50 Pro, and P50 Pro+ and rumor has it that most of these units will be 4G only.

The Huawei P50 LTE has just made rounds at the 3C certification authority, revealing new details on the handset.

The handset was spotted with the model number JAD-AL50 and it could either be the vanilla Huawei P50 or the Huawei P50 Pro. It could also be the Huawei Nova 9 since there is no solid proof.

In any case, the 3C certification mentions that the device will have 66W fast charging support, the same as the Huawei Mate 40 lineup. It is worth mentioning that 66W fast charging is probably too high-end for the Nova lineup.

The JAD-AL50 has previously been seen on the TENAA website as well, revealing HarmonyOS instead of Android. This hardly comes as a surprise since the P50 series was officially teased at the HarmonyOS event.

These handsets are also expected to feature the 5nm Kirin 9000 SoC and upper-end models may even have 5G support.

As for other details, the Huawei P50 is likely going to be very similar to the Honor 50 lineup including the humungous camera setup. This setup will have a 1-inch Sony IMX800 sensor as its main camera, a telephoto sensor, and a slew of other lenses as well.

Upcoming MacBook Will be Apple’s Cheapest Laptop Ever

Here’s What Samsung Galaxy Fold 2 Will Come With [Leak] 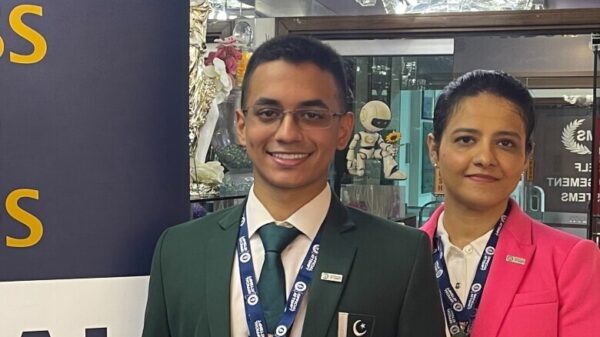 PTA Issues Advisory to Telecom Operators In Case of a Lockdown

Fourth Wave? Pakistan’s COVID-19 Cases on The Rise Yet Again