The government has allocated Rs. 200 billion for the Poverty Alleviation and Social Safety Division in the budget for 2021-22, which will be fully utilized through the provision of financial assistance to 22 million families, as declared by the Special Assistant to the Prime Minister (SAPM), Dr. Sania Nishtar.

A meeting of the Senate Standing Committee on Poverty Alleviation and Social Protection was held on Monday under the chairmanship of Senator Naseebullah Bazai.

Dr. Nishtar gave a detailed briefing on the work, performance, projects, and future strategy of the ministry. While briefing the committee members about the Ehsaas program, she said that the government has set a target for the provision of financial assistance, health cards, and about five million scholarships to 10 million people this year.

She added that previously, different social protection agencies would report to various ministries that have now been brought under one ministry, and that the move has yielded positive results.

The digital infrastructure system had been introduced in 2019 to facilitate people through the use of data analytics and SMS. “We established [a] delivery unit to simultaneously evaluate the performance of different programs through dashboards. We developed a uniform governance and executive policy that received formal cabinet approval,” she stated.

The SAPM stated that the scope of the Benazir Income Support Program is being expanded while making fundamental reforms in it, and further steps will be taken to maintain its transparency.

She added that a maximum of Rs. 75,000 is being provided as financial assistance under the Ehsaas Scholarship Program, and that its scope has been extended from 50 districts to 154 districts across Pakistan. Girls are given more stipends than boys under this program in consideration of the development of women.

Additionally, anchorages have been set up under the Ehsaas Panagah and langar khana program to provide food to thousands of poor and needy people every day, and all this is being run successfully under public-private partnership.

Furthermore, regular licenses have been provided to poor and low-level peddlers in various sectors of Islamabad under the Ehsas Rehri Ban project to alleviate their financial difficulties. The program will be extended to more cities.

Dr. Nishtar informed the committee that the progress of the survey is currently at 98 percent and will be completed by the last week of July. “We have digitized this whole process and created a system based on principles. We are continuing our efforts to eradicate poverty by going beyond politics and prioritizing concerns of common people,” she explained.

Sindh was given a share of 31.4 percent under the program as against 22 percent in terms of population. In some cases, the rate of the distribution of funds is determined by taking into account the poverty ratio of the province in question.

She presented the committee the details of the ministry’s budget for the last three years, according to which the budget of Rs. 247 billion in the year 2019-20 had been fully utilized.

In the year 2020-21, Rs. 200 billion had been allocated with 100 percent utilization. “In the year 2021-22, we have got a budget of Rs. 250 billion which will be fully spent on various programs for the welfare of the people. Under the Free Access to Data policy we have uploaded all the details on the website,” she said, and added, “We share real-time data with the provinces to create equal development opportunities in all the units. In the next year, financial assistance will be provided to 22 million families”.

The One Window operations will be launched in all the districts under the Ehsaas program. “We use Pakistan Radio to deliver important Information about Ehsaas program to the public in a timely manner,” the SAPM explained.

While appreciating Dr. Nishtar’s work, Senator Bazai said that her dedication to helping the poor is unprecedented and that the committee will support her in every way to improve people’s lives.

Senator Aun Abbas stated that cochlear implants are important for children with congenital deafness and that the financial assistance provided under this program should be increased so that more children may benefit from it. “We formally recommend through the committee that the scope of this project be further expanded while increasing its funding,” he said.

Dr. Nishtar responded that she would talk to the PMDC to provide more funds for the program.

Senator Kishu Bai said that special attention should be given to the lack of the Ehsaas Emergency Cash facility and the issues related to the health card in the remote districts of Sindh and Baluchistan. The SAPM replied that operations are being carried out in many districts under the Ehsaas program and that efforts are being made to reach more families in the far-flung areas of the country such as Tharparkar.

Pakistan Bait-ul-Mal gave a detailed briefing on the work, performance, and plans of the department. The committee was informed that Pakistan Bait-ul-Mal is currently providing relief services in 154 districts, and is working on various projects related to women’s empowerment, child protection and financial assistance, and the protection of the elderly.

Pakistan Bait-ul-Mal officials told the committee that its efforts have saved about 100,000 lives, and that 21,000 scholarships have been awarded in the last five years during their work with various universities in the field of education.

While considering the public petitions referred by the Chairman Senate regarding the regularization of contract employees and the provision of back benefits to current employees, the Pakistan Bait-ul-Mal officials apprised the committee that their organization lacks the budget to do the same.

The committee considered the second petition and ruled that it belongs to the Overseas Department.

Daraz Spends Up To $50,000 Every Month in Customer Refunds

SBP Claims No ATM Cards Have Been Blocked Yet 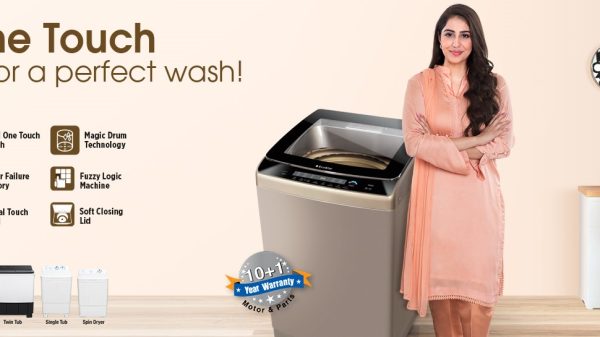 Realme is Working With Kodak for its Next Flagship Phone: Leak