To commemorate the change in UK travel rules, a flight attendant stands on the Burj Kalifa

Over the weekend, Emirates Airline released a compelling video on social media to commemorate the UK’s transition from the red to the amber list. The tape adheres to the popular content model of holding up signs in the style of Love.

A lady dressed in Emirates’ cabin staff attire carries posters expressing the airline’s delight in removing the red list. The camera gradually pans out to reveal her position at the very top of the Burj Khalifa spire.

The entire city is visible below, giving even the most courageous onlookers wobbly knees at the prospect of standing 830 meters above the ground. Many people have questioned whether the hoax is accurate because it appears to be so outlandish.

Nicole Smith-Ludvik, a skydiver and stuntwoman, played the daring “flight attendant.” She confirmed her involvement by posting the video on her own Instagram account.

“Without a doubt, this is one of the most incredible and thrilling things I’ve ever performed. A big thanks you to Emirates Airlines for coming up with such a clever marketing strategy! It was an honor to be a part of the group,” she wrote. 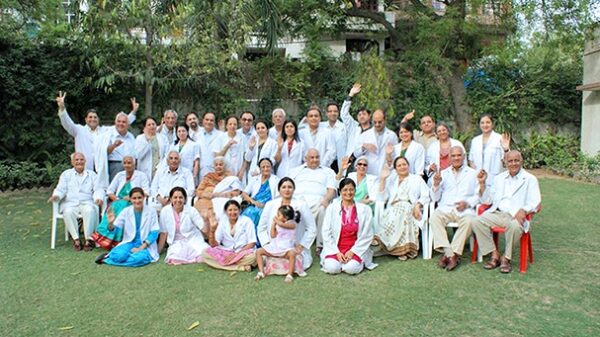 A Family where Every Family Member is MBBS Doctors Since 1920

OPPO A95 5G Launched With Mid-Range Specs in China