Solar boats were commissioned by pharaohs to transport them to the afterlife. Instead, the oldest and largest one was moved 7.5 kilometers (5 miles) to a new museum.

According to Egypt’s Tourism and Antiquities Ministry, the Pharaoh Khufu’s undamaged solar boat, which dates back 4,600 years, has been carried to the country’s soon-to-be-opened big museum, was instead relocated a few kilometers to a new antiquities museum on Saturday.

According to the government, the 42-meter (138-foot) long and 20-tonne solar boat is the largest and oldest organic artifact built of wood in the history of civilization.

The 20-ton, 42-meter-long (138-foot) cedarwood vessel was transported within a metal cage on a remote-controlled vehicle purchased from Belgium for the occasion to the soon-to-open Grand Egyptian Museum.

“The goal of the transportation project is to secure and preserve the largest and oldest organic item made of wood in the history of humanity for future generations,” the ministry said in a statement. 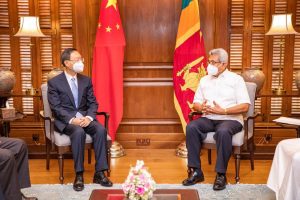 PTA Issues Advisory to Telecom Operators In Case of a Lockdown

Mexican automakers expressed their interest in the Pakistani market

Tiktok surpassed Facebook as the most downloaded app on the planet in 2020.