The Federal Board of Revenue (FBR) has announced that unregistered and non-filer industrial and commercial consumers will be subject to additional taxes of up to 17%, which will be collected through their bills.

PM Imran Khan expressed confidence on Wednesday that the Federal Board of Revenue (FBR) will easily meet the yearly tax collection target of 5,829 billion rupees.

Non-filer commercial consumers would face an additional tax of five to seventeen percent on their monthly power and gas bills, according to a notice published by the FBR.

Consumers whose monthly bills are in the range of Rs50,000 and higher will face an extra tax of up to 17%, according to the FBR notification.

Fuel & Lubricant Sales Rebound by 39% Due to Ease in Lockdown 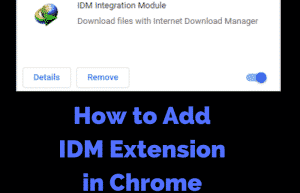 How to Add IDM Extension in Chrome