The rumours of KIA Lucky Motors expanding their lineup are laid to rest, as the beautifully wrapped KIA Stonics were spotted being driven on the roads of Karachi for a durability test. Due to the vibrant wrap, we couldn’t make much of the colourways being introduced but the latest gen was sporting athletic and strong SUV design with four strip horizontal LED DRL’s on headlights hinting towards an overall elevation in their design language.

In terms of strategic value, this addition to KIA’s lineup is not surprising at all, as there has been a global shift towards crossover SUVs, ranging from compact, mid-size to full size. As reported by Automotive News Europe, the demand for SUVs and crossovers have jumped from 29% in 2017 to 37% in 2019 for the total European market.

Now that we have established that there is a global shift and a new entry-level SUV is coming to the Pakistani market, what should we expect? The stonic is a B segment SUV, which is overall a new segment in the Pakistani market. Car features in this segment are the highlight and have premium quality interiors. Being the first in the segment in the country, we see a lot of potential for Stonic to grow but to general car enthusiasts, what does the Stonic offer that other Sedans don’t already? B- SUVS typically have a length dimension under 4,400mm (173.2 in), which are mostly based on the chassis of a car, which people prefer globally.

In terms of specifications being offered in international markets, KIA Stonic was initially introduced with four engine options i.e. 1000cc turbocharged, 1200cc 4-Cylinder Naturally Aspirated, 1400cc 4-Cylinder Naturally Aspirated, and 1600cc 4-Cylinder Diesel Engine. It also  came out  in four transmission options: 5-Speed Manual, 6-Speed Manual and a 6-Speed automatic. Based on these specifications and the prior success of Sportage in the country, Stonic is bound to give a  tough competition to local sedans and cars from the Japanese Domestic Market (JDM), given that it is launched at a competitive price.

With or without the wrap, the sport-infused silhouette of the KIA Stonic definitely stands out and by the looks of it, it is safe to assume that the overall size, the sophisticated and sleek design along with the potential engine specs are completely in line with the KIA Stonic campaign of “SUV of the City.” As much as we want to believe that SUVs are only for off-roading, wilderness and desert terrains, we need to understand the market reality and how the demand has evolved.

Modern SUVs are made to go on paved roads and mostly do not leave the comfort of the city and that is exactly how we think that KIA has filled the gap with Stonic. Urban landscapes in KLI require compact dimensions that are easy to park and maneuver in during rush hours. Therefore keeping all these aspects in mind, it is easy to conclude that KIA is planning to target a younger generation who follow an on-the-go lifestyle but are also looking to make a statement. As car lovers, we’re super excited. In your opinion, will the Stonic be a hit or a miss? 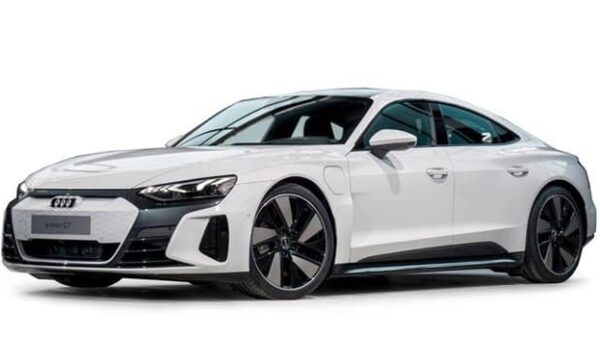 Atlas Honda is Launching the New CB125F in Pakistan

Huawei is Working on a Self Driving Bicycle