Shell Tameer Award is a nationwide competition being held in Pakistan, to recognize, celebrate and reward young talent making significant contribution in the national entrepreneurship space. Since, Superior University is one of the most innovation focused institutes in Pakistan with a deep emphasis on building students’ entrepreneurial mindset and developing them into job creators instead of job seekers, hence startups of Superior students have won numerous national and international entrepreneurship competitions. Shell Tameer Award 2021 has also become one of such accolades coming home to the university.

The prototype competing for the award was all about promoting sustainable mobility through locally built electric bicycles to help reduce environmental impacts of commuting.

Elixs has been launched by a young Superior Innovator, Hafiz Junaid Hassan, CEO of Elixs who has a mission to ‘create better community opportunities. The mission statement of Elixs says “Making transportation cheap without fuel consumption” with objective to facilitate community by exempting the petroleum consumption through e-bicycle.

Elixs Electric-Bicycle won Shell Tameer Award for its unique features of being highly economical, self-rechargeable through Dynamo model (can be charged through pedaling), able to cut down environmental pollution to zero being an environment friendly Hybrid bicycle, no maintenance expense, no risk of engine halting.

This highly economical e-bicycle has potential to become an ideal commuter for the large community of students and the rapidly increasing number of workers earning through delivery errands. It can lift up to 200kg weight, is rechargeable through electric and mechanical energy, and travels 45km on one fully charged battery while the cost for one time charge is Rs.20 only. Furthermore, the embedded GPS/GPRS effectively protects it against theft or unauthorized use. An invisible tracker is also installed to trace the location anytime.

The Elixs E-Bicycle qualified for the final round of Shell Tameer Award 2021. After which the team received e-mentoring and coaching from Shell’s international consultants DAI. Team Elixs had an opportunity to pitch their E-Bicycle to an expert jury for final winner selection. And here, its smart features with zero hassle mechanics declared this E-Bicycle an unbeatable winner.

“Elixs” secured First Position in Shell Tameer Awards 2021 and won prize money of Rs. 500,000. There were more than 3000 registered startups from Pakistan but the team of Superior University fetched this honor for their unmatched entrepreneurial training and coaching under ETTP and 3U1M Program of the university. Evidenced from continuous entrepreneurial competition wins, it can be hoped that Superior University’s mission for building economically Superior Pakistan with the power of entrepreneurship has great potential to turn into reality. 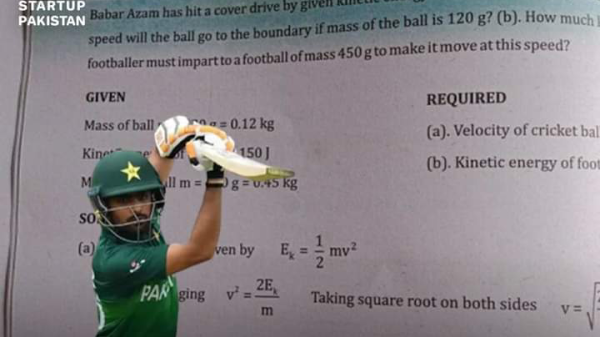 Study by University Finds a Solution for Shortage of Test Kits

Almost 5 Million Chinese Will Find Work In Pakistan By 2025