Artist Took $84000 for Blank Canvases From a Museum, says “Its Art”

As per the sources, an Unknown artist was given 534,000 kroner ($84,000) in cash by a Danish museum in order to recreate earlier paintings of his just using banknotes, but he ended up pocketing the money and delivering blanks canvasses with something like a new title: “Take the Money and Run.”

In collaboration with the KUNSTEN Gallery in the western city of Aalborg, Jens Haaning, a Danish artist, was commissioned to reproduce two works using cash, namely Danish kroner, and euros, to represent the annual wage in Denmark and Austria, respectively.

However, according to AFP, the museum’s director Lasse Andersson stated that “we received an email from Jens 2 days just before the inauguration of the exhibition informing us he will not be presenting the paintings we agreed on.”

The artist delivered on his promise, giving two blank canvases to the recipient.

Haaning, 56, justified his decision to keep the money, stating that “the artwork is more about working conditions for artists.”

“It is a declaration stating that we, as individuals, have the obligation to challenge the structures in which we find ourselves. And, if these institutions are absolutely illogical, we must abandon them completely. “In a press release, he stated his position.

Whereas the gallery’s head has seen the humorous side of things, he has stated that this will only be the case until the end of the show.

IT Ministry Urges SBP to Ease Financial Regulations for IT exports 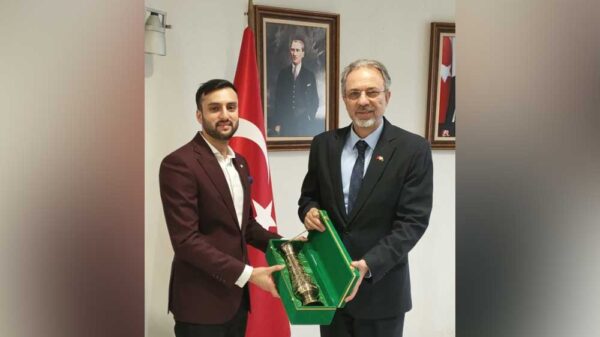