If one could sum up Superior University’s vision in a handful of words, those would be learning, innovation, and research. This is not a mere vision but a way of life for everyone at Superior; be it a student following his or her academic dream or a budding, early-career professional, trying to make a name in the real world. It sounds simple but it is easier said than done but Superior is a vibrant example of a collective working every day to achieve a dream that seemed so far-fetched only a couple of decades ago. Some say that some cynics even laughed at the time but they are not laughing now. Chairman The Superior Group, Prof. Dr. Chaudhry Abdul Rehman did not set out to prove someone wrong when he embarked on his remarkable journey that is filled with promise, grit, and vindication. The only goal that mattered to him back then and what still matters to him even today is to continuously contribute towards building an economically Superior Pakistan. The dream is alive and it continues to thrive

The latest chapter in this illustrious journey was etched in history as the Lahore Chapter of the globally-recognised Entrepreneurs’ Organization and Superior University formalized a Strategic Alliance to explore the potential of across-the-board collaborations between both organisations to facilitate and nurture the emerging entrepreneurial ecosystem in Pakistan.

The historic Strategic Alliance underlined an intention to foster a relationship to cooperate in a broad range of areas to achieve mutually beneficial goals. The Strategic Alliance will enable both organisations to grow together and build up a working relationship across various fronts including entrepreneurial initiatives, research, marketing, healthcare, consultation, corporate social responsibility, personnel training, and development of human capital. Superior agreed to explore ways to employ its ongoing projects in the field of education, health, media, and community development. In the same vein, EO, Lahore Chapter also expressed its commitment to utilise its vast and influential membership base – that is invested in a plethora of industrial and communal projects – to strengthen the academia-industry relationship and modernise the educational practices in the country.

Addressing the delegation, Dr.Sumaira Rehman said that the entrepreneurial mindset remains central to Superior University’s pedagogical approach. Dr.Sumaria said that Superior is committed to uprooting the burning issue of unemployment among the educated youth. She said that the Freshman and 3U1M modules have been specifically designed to facilitate the student’s transition into the market and the approach has produced remarkable results in the very first year of their introduction. She said that Superior’s 3U1M success framework – with its three-pronged streams of start-up, scale-up, and design challenge – has resulted in Superior’s students becoming job-creator, instead of job seekers. Dr.Sumaira said that the collaboration between Superior and EO, Lahore will prove to be a catalyst for the emerging entrepreneurial ecosystem in Pakistan and would yield unprecedented gains for the country’s economy.

Afterwards, Mentorship Chair, EO, Lahore Mr. Shahid Hassan Warraich and Registrar Superior University, Mr. Mudassar Kamran signed the document, formalizing the Strategic Alliance between both organisations. The visiting delegation then paid a visit to Chairman, The Superior Group, Prof. Dr. Chaudhry Abdul Rehman. President, EO, Lahore Mr. Mohsin Khawaja thanked Dr. Abdul Rehman for Superior’s hospitality and discussed the future course of action in the light of the Strategic Alliance between both institutions. The delegation expressed their appreciation for Dr. Abdul Rehman’s vision and his continued commitment to his dream.

Holders of Pharm.D or DPT degree can now add Dr. to their names

Islamic University Under Fire for Covering Up Rape Case 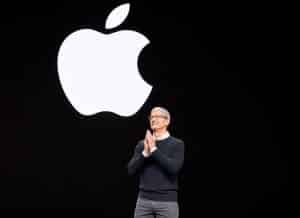