EducationLife
Updated on 3 Feb at 1:18 pm

The Punjab government has not banned co-education in BS (Hons) degree programs in private colleges in the province, Focal Person to Chief Minister (CM) Punjab on Digital Media, Azhar Mashwani, has clarified.
Taking to Twitter, Mashwani shared screenshots of the reports which claimed that the Punjab Higher Education Commission (PHEC) has notified a ban on co-education and debunked them.

It all started yesterday when 24News broke the news that PHEC has moved to ban co-education in BS (Hons) degree programs in private colleges all over the province.

The story was picked by media outlets and was widely reported, bringing severe criticism to the provincial government from progressive elements.

As a result, CM Punjab’s Focal Person on Digital Media and Punjab Minister for Higher Education and Information Technology were forced to come forward and clarify the official stance of the provincial government on the matter.

Standing by the Claim

On the other hand, Akmal Soomro, the 24News reporter who broke the news, continues to stand by his claim. In fact, he has shared a screenshot of the checklist for private colleges to corroborate the claim.

In the 28th row of the checklist, it is stated that:

Separate blocks for boys and girls. Affidavit for no co-education according to sample available in the booklet on stamp paper duly attested by Oath Commissioner.

While the Punjab government has debunked the development by terming it as fake, the journalist who brought the issue to light stands by his claim, causing a lot of confusion.

Since the screenshot shared by the journalist appears to be real, it is possible that the ban on co-education may have been in the pipeline.

However, the word got out before any official announcement which forced the provincial government to scramble and save its blushes by declaring the development as fake news.

Speaking exclusively with ProPakistani, Azhar Mashwani revealed that the checklist shared by the journalist has been in place since 2008, adding that the provincial government will issue a detailed clarification in this regard shortly.

He said that the incumbent Punjab government hasn’t issued any new notification regarding co-education in private colleges and the journalist got his hands on it recently and made a story out of it to create confusion.

If that is the case, it begs the question that how private colleges in the province are being allowed to operate by going against the checklist of the PHEC.

Facebook Will Now Tell You About Fake COVID-19 Related Posts 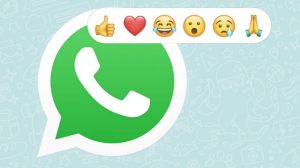 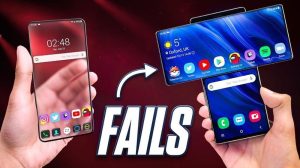