According to previous reports, the company will set up the facility in Raiwind, Lahore. It will also produce electric vehicles in its own specialized economic zone (SEZ) with a local investment of Rs. 637 million and foreign direct investment of Rs. 663 million, as per the tweet.

Afridi is a strong supporter of electric vehicles and has advocated for the formation of an EV policy that benefits both consumers and automakers.

However, the Public Accounts Committee (PAC) has directed the Federal Board of Revenue (FBR) to re-investigate MG for the under-invoicing scandal.

After discovering that all of the charges were baseless, FBR the company.

You Can Get Your Car Registered for Re. 1 in KP 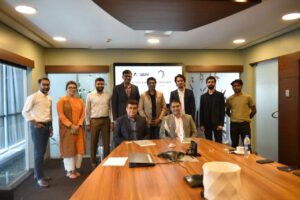