There have been controversial issues, being faced by the Pak-Suzuki Motor Company (PSMC) after the sale of an Alto with a damaged paint work. Its pictures have been spread all over the social media, which culminated in the reaction of public against the company.

In the pictures, the Alto is shown to have a bright grey front half and a dark grey back half, Non-alloy rims, black door Mirrors, and the handles, indicates that this is a Base-Grade Alto which is worth 1,475,000. The Alto was being bought by a customer from Suzuki Naseer Autos in Karachi as per the Facebook post shows.

The retailer of the showroom, pledged to rectify all the problems, but the manufacturer has not been responded yet.

The Alto is known to be PSMC’s most successful creation, and it is also the most selling car in Pakistan.

By the month of January 2022, the corporation has boosted up the costs by around 250,000, Still it shows to have some manufacturing issues, mostly related to the bodywork.

After all this scenario has been revealed, the people are appealing to the government, to take action and guarantee the best control of quality on the part of Manufacturers, particularly PSMC.

Is KIA Sorento Coming to Pakistan in All-Wheel Drive Version?

Apple to Make a Multi-Billion Dollar Investment in KIA Motors

Pak Suzuki Reports Over Rs. 1.5 Billion in Losses Despite Massive Sales Since October

You Will Now be Fined for Slow Driving in Fast Lane 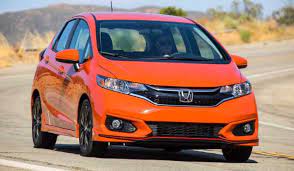