Saudi Arabia Officially Allows Israel to use its Airspace

the General Authority of Civil Aviation (GACA) said the decision was taken “to complement the efforts aimed at consolidating the Kingdom’s position as a global hub connecting three continents and to enhance international air connectivity.”

The country’s decision on the opening of its airspace for all air carriers, which will include Israel’s, comes ahead of US President Joe Biden’s visit to Jeddah. Biden will touch down in the Saudi Arabian port city on Friday after he concludes his meeting with Palestinian President Mahmoud Abbas in Bethlehem the same day.

US president welcomes ‘historic decision’. The US administration hailed Saudi Arabia’s decision on opening its airspace. “President Biden welcomes and commends the historic decision by the leadership of Saudi Arabia to open Saudi airspace to all civilian carriers without discrimination, a decision that includes flights to and from Israel,” National Security Advisor Jake Sullivan said in a written statement

After the Abraham Accords were signed between Bahrain, the United Arab Emirates, and Israel in 2020, Saudi Arabia allowed flights between Israel and Gulf states to cross through its airspace.

Huawei Mate 40 Will Launch in October With Kirin 1000

Is Telenor’s New Commercial a Blatant Copy of an Old Saudi Ad, Besides Being Cringe-Worthy? 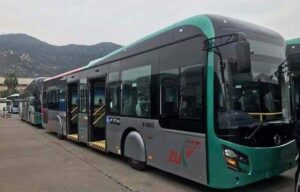