Lucky Motor Corporation (LMC) declared to push the price up of KIA cars in Pakistan which would be effective from July 19, 2022 due to the economic uncertainty effected on the businesses with Rupee as it’s setting a new record against US Dollar. It was already stipulated that auto assemblers were all set to push the prices up in the depreciating currency against US Dollar.

However, the price of KIA Stonic has observed a raise of Rs 76,000 after which the base EX variant comes available at Rs 45.45 lac whereas the top-spec EX+ is now available for Rs 48.48 lac.

Furthermore LMC has raised the prices of the Sorento as well, which remained uneffected in the prior revisions of prices with a raise of Rs 895,000 the Sorento 2.4L FWD is now priced at Rs 78.0 lac whereas the price of 2.4L AWD and 3.5L V6 is equally pushed with Rs 926,000 bump, both these variants are now available for Rs 85.0 lac.

Recently, CVT (Capital Value Tax) is included in the revised price list. As per the notification booking of Picanto automatic and Sportage FWD & AWD variants is currently on hold.

However other automakers are also looking forward to announce their price revisions soon after Lucky Motors Corporation (LMC). 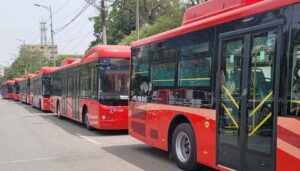