12 Public Libraries Being Set Up in Khyber Pakhtunkhwa

The archive and libraries directorate are busy in the establishment of public libraries in 12 areas within allocated current budget i.e Rs 100million, as per officials.

The province would have one library as in district level in future. The directorate was also working in different project to set seven libraries in tribal districts.

There were public libraries in 18 districts including Rehman Baba Library in Peshawar and Ghazi Tehsil Library in Haripur.

Deputy director at the archives and libraries directorate Dr Mohammad Ashfaq confirmed the sources that public libraries were established in Upper Chitral, Battagram, Hangu, Karak, Kolai-Palas, Lower and Upper Kohistan, Malakand, Shangla, Tank, Torghar and Upper Dir districts. They further confirmed that they planned for one library in each district.

Further confirmed that establishment of three libraries in Peshawar’s Hayatabad, Regi and PK-77 areas had also planned by directorate.

Moreover the officials said that libraries in seven districts Bajaur, Mohmand, Orakzai, South and North Waziristan, and Kurram under an ‘umbrella’ scheme. He said land had been selected for two of those projects in Landi Kotal and Parachinar areas were also being established.

Free land has been provided in Parachinar, he further said.

As soon as the projects got completed all the district would have library in their HQ respectively. Further libraries would also be established in Tehsil level later on.

Moreover, officials said mostly libraries would be converted into information resource and research centres and likely to be linked with online library of Higher Education Commission and other sources of information. He further stated that the largest library in the province is the Shuhada-i-Army Public School Library which was established in 1946 as the Central Record Office.

Libraries were established in Swat and Akora Khattak whereas Rehman Baba Library was set up in Peshawar in the second phase, as per officials stated.

Further stated that in 1994 district libraries were set up in Dera Ismail Khan, Kohat, Lakki Marwat, Chitral and Haripur, whereas the libraries in Charsadda, Swabi, Buner, Mansehra and Ghazi tehsil of Haripurwere put up in the third phase.

Largest public library having Collection of more than 140,000 books on different subjects which was renamed as Shuhada-i-APS Public Library, previously was known as The Peshawar Public Library.

Providing services all over the week including Saturdays and Sundays.

Islamia University of Bahawalpur to Shift to Solar Energy 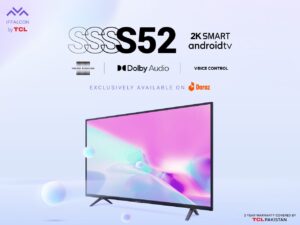