After two months of ban, the federal government has decided to remove the ban on Import of luxury and non-essential items.

As per details, the decision took place during the Economic Coordination Committee’s (ECC) meeting, lead by Finance Minister Miftah Ismail.

Imposing the ban and having the fact that ban has also affected supply chains and domestic retail industry had also being discussed and reviewed during the meeting, concern also raised by the trading partners.

Moreover, it is notable that all the consignments that are held up exceptional to those who are still in banned category, arrived at post on July 1, 2022 might be cleared to payment with 25% surcharge.

The government shred an emergency economic plan and imposed a ban on the imports of dozens of non-essential luxury items in May.

Government to manage with financial crisis, Marriyum Aurangzeb, Information Minister had a press conference in Islamabad to share the economic plan of the PML-N.

PSO Enters into Strategic Partnership with PARCO and PAPCO 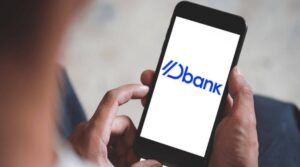