Fulbright scholarship has been awarded to 189 Pakistani students to pursue advanced study and research at leading U.S. universities by United States Educational Foundation in Pakistan (USEFP) in order to encourage educational and cultural exchange between US and Pakistan.

Recently, as per press statement issued by U.S embassy situated in Islamabad, the awardees would start their educational journey at 82 universities in several fields including environmental studies, energy management, and social sciences.

In order to support 189 students, Pakistan has largest Fulbright scholarship programme in the world in terms of U.S. government contributing with $18.44 million dollars this year

Pre-departure orientation program organized by USEFP was attended by 189 students for 2days this year in Islamabad in order to get ready for the journey,their exchange programs, life on university campuses, and American culture. The U.S. Ambassador Donald Blome congratulated the grantees on their success.

Introduced new programme resolved social problems, written new laws, advanced policies to ensure equal access and voices to all, and so much more.

Further, it has all done for one purpose i.e to create a better, safer, and more prosperous Pakistan. In this objective US and Pakistan are united, said by Ambassador Blome.

The 2022 Fulbright is one of the largest ever for Pakistan consisting of students from 47 public and private universities representing all regions of Pakistan.

125 Masters and 64PhD students and 7 Fulbright Foreign Language Teaching Assistant (FLTA) fellows were nominated for these awards this year. Where half of the grantees are women.

2568 Pakistani’s have been awarded these scholarships in just past 20yrs.

Americans avail benefits from experience and insight of Pakistan’s brightest scholars whereas Pakistanis from the contribution in such scholarships made when they returned with all new knowledge and experience.

Almost more than 2,000 alumni from Fulbright are working in Pakistan, proves that such scholarships are great Investment and key opportunities to built mutual understanding between the two nations, stated by Ambassador Blome.

ECAT is now required for all engineering programmes at Punjab University

Qasim Mughal: A highly Paid Teacher in Islamabad Makes Education Free for All Through Edulaxy 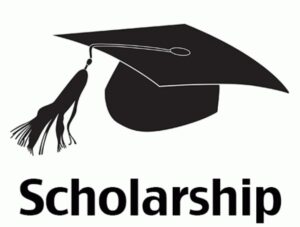