Pakistan’s youth is propelling the country to new heights. From serving as a driving force in revolutionising the IT sector to initiating entrepreneurial ventures that are game changers, the nation owes a lot to its younger lot that currently makes up 68% of the total population. With the International Youth and the National Independence Day falling in quick succession this year, there is no better time to celebrate youngsters and their contributions towards Pakistan.

In a world that is extensively driven by advancements in technology, individuals between the ages of 18 and 30 are prime contenders to help transform conventional ecosystems. And, with the support of digital platforms and the resources available at their disposal, they are doing just that.

A substantial 73% of people who are 15 to 24 are literate in Pakistan and nearly 42% are part of the labor force in various capacities. Others are breaking traditional stereotypes by founding startups in numerous industries like fintech, logistics, transport and several others.

The internet in general and social media in particular is empowering the youth, erasing conventional barriers and boundaries as well as putting unprecedented powers in their hands to prosper, taking the nation with them.

While a number of entities are working on this front, an umbrella that houses the biggest social media platforms globally, Meta has been at the forefront of driving opportunities for youngsters in the country. From special initiatives involving training for online safety of women to the promotion of entrepreneurial chances for them, a lot has been done and many are presently in the works.

Meta, for instance, launched the ‘Prosper Pakistan’ project with the objective to offer educational insights, networking and more to small businesses in the country. Simultaneously, the ‘She Means Business’ program supports women-owned enterprises in embracing the digital economy by imparting skills training and business inspiration. Both these efforts have borne extensive fruit for the youth in Pakistan.

Through these initiatives, not just Meta but a host of other corporate entities are streamlining the way for young individuals to have the tools that they need to become more productive members of the society both in terms of supporting the economy and building sustainable communities around them. It is through these steps that the youth today has the ability to push IT services exports to new levels while also exceeding expectations when it comes to startup funding. Eventually, these milestones highlight the potential that is being recognized and appreciated in Pakistan.

The economic landscape has been facing challenges, not just in Pakistan, but also globally. However, that has not deterred growth and development being witnessed by the youth of this country. With demand for Pakistan based talents growing not just in the tech space but also in engineering and other domains, new horizons are opening up for youngsters to pursue revolutionary ideas. With Independence Day just around the corner, the International Youth Day today can serve as a reminder that our future generation should receive backing from the government as a priority area and the right direction that they deserve in order to help us prosper. Let the Independence Day celebrations and national solidarity also focus around this important aspect. The silver lining, at least, is that as individuals and organisations continue to invest in the talent of the youth in the country, there are now widespread opportunities available today that weren’t there even a few years ago.

Apple is Investing in a Chip Design Plant in Germany 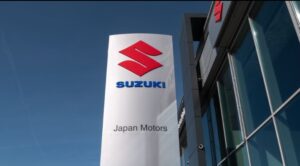 Suzuki Pakistan Sold only 500 Cars except Alto in July 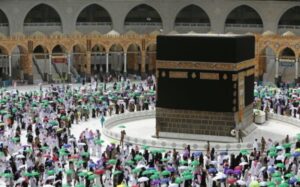