Achieving a major milestone in auto sector, On an auspicious occasion of Pakistan’s Diamond Jubilee, Pakistan introduced its first locally manufactured electric car at a ceremony in the port city.

The prototype car, which is known as NUR-E 75, was manufactured cumulative efforts of Dice Foundation, universities and the private sector. Whereas, it is expected that it would be officially launch for public in late 2024.

If we talk about university contributional efforts for it then, The NED University of Engineering and Technology has manufactured its battery pack that is equipped with advanced features.

Whereas, design of the new card has been created by the National College of Arts (NCA).

Moreover, The Sir Syed University of Engineering has developed the chargers for these vehicles, in an additional efforts were also underway to develop faster charges that would help to decrease charging period.

However, 8 hours time is required for it to get fully charged in order to cover a distance of 210km at a speed of 120 kmph.

Dr Khurshid Qureshi, Chairman of Dice Foundation stated “Made in Pakistan” vehicle as a achievement for the economic stability of Pakistan.

Hyundai Sonata Vs. Honda Accord Vs. Toyota Camry Hybrid – A One-Sided Battle? [Comparison]

Suzuki Cultus Gets a New Feature Along With Another Price Increase

Hyundai’s Upcoming Electric Car Can Power Your House During Loadshedding

Honda to Debut An Electric SUV in 2024 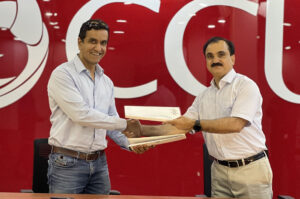 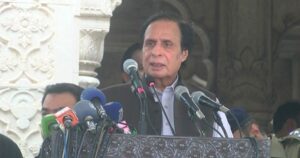