Shell Pakistan Announces to Discontinue Aviation Operations Across the Country

Recently, Shell Pakistan Limited (SPL) has decided to cease it’s aviation operations all across the country.

As per notice issued to the PSX ( Pakistan Stock Exchange ) SPL informed that the form.is discontinuing it’s aviation operations from the mentioned locations:

According to the expiry of the leases related to the above airports, CAA (Civil Aviation Authority) has has floated a joint tender inviting members to bid for the operation of six airports involving all the four of the airports currently operated by SPL, other than that KDU ( Skardu International Airport ) and GDU ( Gwadar International Airport ).

After due deliberation of different factors, including all the legal compliance, financial and commercial consideration, Shell Pakistan Limited has took the decision not to be a part in the tender, as per notice.

SPL would safely handover the operations to the CAA or to their relevant stakeholders(as appropriate) at the airports, which would currently operates.

Further the last date of exit would be informed after Coordination with CAA, added further.

In an additional, SPL other businesses and operations in the country would remain the same and uninterrupted.

SECP to Launch ‘STR’ for Lending to SMEs: Report 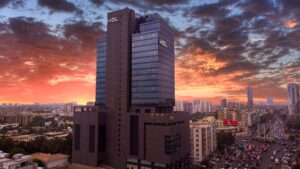 HBL Islamic Banking Continues to Scale up its footprint in Pakistan