What is the World’s Strongest Currency?

Many of us still alive today have no recollection of life before the Internet. High-speed Internet connections have become an essential part of daily life. The Internet has grown into something more than we ever would have imagined as we enter the transformative era of Web3. Although Web3 and Blockchain Technology offer a multitude of use-cases, the most familiar to us are cryptocurrencies, particularly Bitcoin. Bitcoin is becoming a common household term, but this was not always the case. Since 2010, Bitcoin’s price has risen by an average of 1,698 percent, making it the fastest-growing currency in history. In 2014-2015, Bitcoin was the best-performing currency in the World, outpacing even the most important reserve currencies like the US Dollar and Yen. In 2021, Bitcoin became the best performing asset of the decade, returning ten times more than NASDAQ 100.

While Bitcoin has an impressive success story, Web3 is much greater than Bitcoin and has yet to breach the surface of its full potential. If hearing about Bitcoin was your first exposure to Web3, you share a commonality with Pakistan’s own Web3 Thought Leader, the Founder and CVO of Anmol Network, Furqan Ahmed. From the age of five, he has shown a natural talent for computing, a skill he nurtured throughout his life, leading him to receive scholarships for computing courses from prestigious American Universities; ultimately, he decided to study Software Engineering in Karachi.

Furqan’s true venture into blockchain began with one fundamental question back in 2016: what is the World’s strongest currency? The answer back then is the same as it is now– Bitcoin. This all-mighty answer triggered a hyper fixation that led him to become an esteemed entrepreneur in the blockchain space. His ambitions led him to work with many blockchain industry-leading projects such as Edgeware, Darwinia, Plasm, Subscan, and EvolutionLand. Furqan’s most recent venture is self-founded Anmol Network, a no-code builder for Web3 designed to onboard users to the new decentralized Internet.

Anatomy of a Web3 Builder

Anmol Network is “The Ultimate No-Code Builder For Web3”, focused on ease of use and accessibility. Functioning like a WordPress or Canva for every facet of Blockchain Technology, Anmol empowers everyday internet users, small or large businesses, or developers to participate in the Blockchain space and build Web3 micro-projects with simple, easy-to-use applications at a nominal transaction cost and with no development skills required.

Anmol Network offers tools for NFTs, Metaverse, GameFi, and DeFi, as well as Social Tools that bring the connectivity and engagements of social networks to the Blockchain space. Whether a user wants a new audited token with customized vesting, a DAO, a generative art NFT project of thousands, or even millions of NFTS, this and much more can happen in minutes using Anmol’s tools and Decentralized Applications (DApps).

Given the need for scalability to foster mass adoption, Anmol Network is proud to partner with Polygon Technologies, the leading Ethereum scaling and infrastructure development platform. Anmol’s tools are premiering their launch on Polygon while developing for deployment on their native chain and many other chains such as BSC, Solana, Tezos, Flow, and more.

Anmol is heavily focused on integrations, providing use-cases, and supporting the transition to Web3 for non-blockchain establishments such as Schools, Museums, Galleries, and Event Arenas.

What is at the Heart of Anmol?

Furqan’s inspiration to create Anmol Network was driven by two core values: bringing Web3 to the masses and reducing the complexity of the market. These two areas commonly hold back the new wave of the Internet, as businesses often feel too daunted to build their infrastructure on this technology. Anmol aims to fix that by providing tools that make Web3 easy to access, easy to use, and (above all) easy to understand.

“It always has been important to me that people learn and participate in emerging technologies. Since the first interaction with blockchain, I have been acutely fascinated by the lack of a central body to control the technology, yet the system works as intended. When I first learned about blockchain, this was not something I believed could be possible. Many people share the same thoughts as the 17-year-old version of me even now; Many people also think of blockchain as a speculative investment asset. I want people to see blockchain for the powerful technology it truly is. I want to empower them with the tools they need to innovate their own ways to utilize blockchain technology for the greater good, improving the life and global society we know today.”- Furqan Ahmed, Founder, and CVO, Anmol Network

If Web3 is to become the norm, then it needs to become a welcome and approachable space. This is why Furqan is working so hard to ensure Anmol’s tools and blockchain is functional and straightforward for all users, regardless of plans, size, or technical background. As the name suggests in Urdu, Anmol is all about adding value to those who use its tools.

Want to try out Anmol Network for yourself and grab a free NFT?
You can see just how easy it is to become involved in the blockchain space. All you need is an email or phone number!
http://freenft.anmol.network

Rs.21 million worth of smuggled cigerattes seized in November.

LG Launches its Own Take on “Foldable” Smartphones 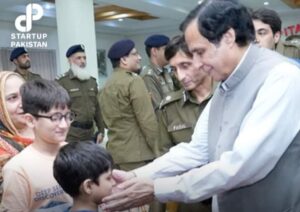 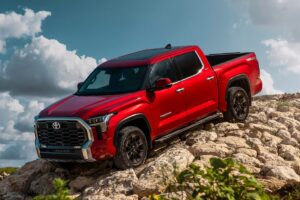