Eight people are being arrested by the Saudi authorities in which two Pakistani citizens were also included. Saudi authorities raid on a warehouse which resulted in the record seizure of 46million amphetamine pills. Pills were smuggled in a shipment of flour.

As per sources, on Riyadh Dry Port security forces tracked the smuggled shipment which got moved to the warehouse.

After tracking the shipment, the warehouse hot raided and arrested six Syrian citizens along with two Pakistani citizens.

The General Directorate of Narcotics Control (GDNC) haven’t named the amphetamine, but Saudia Arabia is the largest market for bearing captagon logo in tablets.

Captagon is basically a mixture of amphetamine, caffeine and various fillers. Which is one of the most famous drugs among affluent youths in the Gulf, as per report.

However, a spokesperson for the GDNC quoted by sources which stated that the shipment of 46,916,480 amphetamine tablets captured in Riyadh. It was the biggest operation in order to smuggle such amount of narcotics into the Kingdom of Saudi Arabia just in one operation.

However, as per report all the involved people would face disincentive and penalties. He further said that he is worried and want to prevent the country and its citizens which could be targeted by such criminal networks. 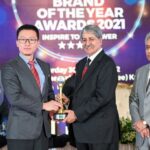 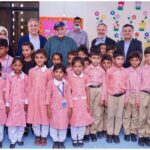