UK MP Claudia Webbe had shared her thoughts and asked the world to call off Pakistan’s international debts because of havoc across the country. Which resulted as inflation boosted up to a 47 year high.

The appeal call from the UK lawmaker came as Pakistan is currently facing the worst catastrophe situation where more than 33 million people are affected and displaced.

Further highlighted that approximately $10 billion or even more than that would cost for the reconstruction.

Other several international figures also joined MP Claudia Webbe who are in the favour of Pakistan. Saying that the country is facing such hard time that is caused by the developed world.

However, rains described as a “monsoon on steroids” by UN chief Antonio Guterres. Who claimed that hundred of lives since June losted because of such devastating flood which washed away swathes of vital crops. It also destroyed more than a million homes.

Samsung Has More Fan Edition Smartphones Planned For The Future

Netflix Reduces Traffic on Pakistani Networks by 25% to Ease Congestion 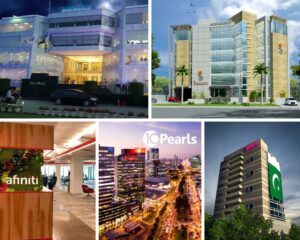 Top 5 IT Companies in Pakistan