According to Arabian Business, a moon-themed luxury resort worth $5 billion could be built in Dubai before the end of this decade.
Moon World Resorts Inc., a Canadian architectural firm, developed the resort concept (MWR).

Dubai is no stranger to large-scale architectural projects. We reported last month on ideas for a suspended metropolis centred on the landmark Burj Khalifa, the world’s tallest building at the time.

By completing the Palm Jumeirah, the city showed its ability to take on architectural challenges. It continues to unveil small projects along the way, such as the world’s largest Ferris Wheel.

The resort was proposed and co-founded by Sandra G. Matthews and Michael R. Henderson. It will rise 735 feet (224 meters) when completed, and construction is expected to take 48 months. Additionally, the project is worth $5 billion (AED18 billion).

Henderson said Moon Dubai is anticipated to boost the emirate’s economy once it is built. It will upgrade several sectors, such as entertainment, tourist attractions, technology, hospitality, and, most importantly, space tourism.

Moon Dubai, according to Mathews and Henderson, will be the largest and most successful modern-day tourism project in the MENA region, increasing the number of tourists visiting Dubai each year since it “can comfortably handle 10 million yearly visitors.”

Due to the resort’s lunar surface, which is surrounded by a “lunar colony,” an estimated 2.5 million visitors per year will be able to experience competitively priced space tourism in Dubai.

Another TAIVOS Smart Photography Pioneer from TECNO as Camon 16 Pro

Samsung is Shutting Down Its Custom CPU Department

Xiaomi and Samsung are Teaming Up to Make Smartphone Chips 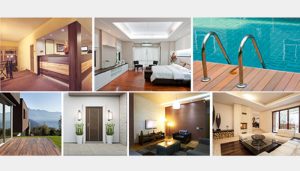