Ishaq Dar Finance Minister stated that US can’t stop Pakistan from buying Russian oil and it would be possible soon.

During addressing Pakistan Muslim League – Nawaz (PML-N) workers in Dubai, Ishaq Dar informed that in his previous visit to US he attended a hurdle with the officials of the US State Department in which oil purchase from Russia was discussed.

Finance Minister further stated that they (US authorities) were told that they can’t stop Islamabad from purchasing oil from Moscow as India (neighbouring country) is also purchasing from them.

He also stated that they would try to buy oil on the similar terms and conditions as they had with India.

Ministry of Finance Predicts Economic Recovery By the End of FY20

Spanish Village is on Sale for Rs 5.7 Crore 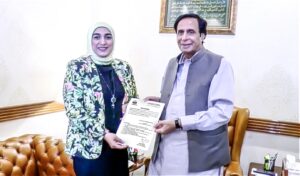